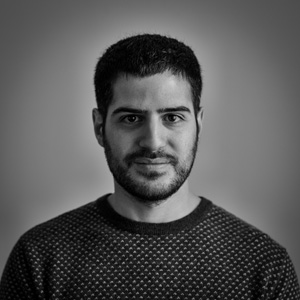 Sahba Zehtab-Jadid is the Owner and Licensed Denturist at Legacy Denture Clinic. Sahba grew up in Brandon and graduated from Vincent Massey. He received his training in Vancouver in 2006 before moving back to do his Internship in 2008. In 2013 he served as a Denturist Licensing Exam Assistant and in 2016 as an Examiner.

After 9 years working at Precision Denture Clinic, he opened his own clinic in Brandon and is looking forward to expanding into Virden in 2019. Sahba attended and completed “Dr. Jiro Abe’s Lower Suction Denture Technique” course and became the first Denturist in Manitoba to be a Suction Denture (SEMCD) Certified Clinician.

When he isn’t working on dentures, Sahba spends his time with his family, working on his cars and motorcycle, learning guitar, and trying very hard not to have the worst kept garden in the city.

You can reach him at sahba@legacydenture.com or on Facebook @LegacyDentures.

We use cookies to ensure that we give you the best experience on our website. If you continue to use this site we will assume that you are happy with it.Ok